We did comprise a list of 10 remarkable drives with unforgettable views. Some of them are coastline roads with view of the ocean, others are mountain passes with countless curves, but all of them offer a wonderful experience!

You’ll Love to Check this: Top 10 Scariest Bridges in the World

One of the most famous roads in the world, the coastline road between San Francisco and Los Angeles, also known as the Coast Highway is more than just a road – it’s a huge tourists attraction that stop every couple of miles to take photos of the ocean.

This famous bridge is located in the Florida Keys and was constructed between 1909 and 1912. Driving so close to the water for so long, and with nothing but the blue ocean all around you is a true experience.

The Great Ocean Road is a 243 km (151 mi) long road along the south-eastern coast of Australia, between the cities Torquay and Allansfor. The road was built between the years 1919 and 1932.

This mountain pass in northern Italy is the highest paved mountain pass in the Eastern Alps at an altitude of 2,757 m (9,045 ft). The curved road and the scenery around will leave an impression on you long after you leave the road.

Located within Tianmen Mountain National Park, in Hunan Province. This 11 km (6.8 mi) road takes you to the top of the Tianmen mountain and to Tianmen cave. Another way to reach the summit is by a cableway.

Another breathtaking mountain pass in the Alps, this time on the Swiss side. The pass is at an elevation of 2,429 meters (7,969 ft). The Furka Pass was one of the locations of the James Bond movie Goldfinger.

Ruta 40 is a route in western Argentina that runs in parallel to the Andes mountains and stretches more than 5,000 km (3,107 mi) – making it one of the longest routes in the world. The southern part of the route is largely unpaved and has become a famous tourist attraction for the more adventurous tourists.

A 8.3 km (5.2 mi) long section of County Road 64 in Norway that runs through an archipelago. The short drive has become famous for it’s uniqueness and beauty. 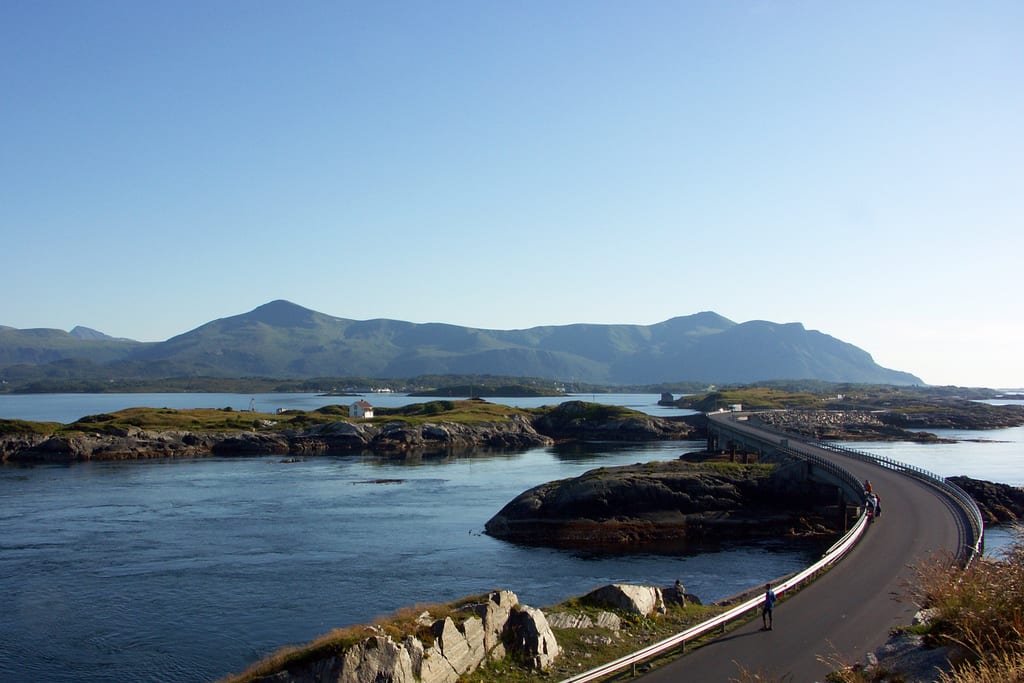 Chapman’s Peak is a mountain some 15 km south of Cape Town. The spectacular road is located on the western side of the mountain, where the mountain falls sharply for several hundreds of meters into the ocean. The road was carved into the near vertical face of the mountain between the years 1915 and 1922.