Shopping is the craze of almost everyone in the world especially of women. They are just crazy about it. This is the thing which is exploited in a sense by the huge business communities of the world. As they always tend to make different huge shopping places so that everyone can come to shop at it. The view of people about shopping center has been changed dramatically over the years. Now, they are not only the place for shopping but they have their own huge world inside them.

Malls are basically the one stop destination for everybody with all the recreational facilities. All the things you name it will welcome you at these shopping centers like Zoo, parks, sky trails, science centers, skating rinks, pools and theme parks etc. Here we are proud to present you the largest shopping malls of the world.

You’ll Love to Check this:

10 of the Most Expensive Hotel Rooms in the World

This mall is the best for the journey of shopping and entertainment. It is one of the largest malls of Thailand with only next to the Central World. It has all the necessary attractions it takes for a shopping mall to be outstanding. There are a wide range of specialty stores, restaurants, Movie Theater, The Siam Ocean World Aquarium, Art Gallery and Concert Hall. In short, there are things you cannot imagine. The mall also has a large Bowling court and karaoke center. It has an area of 3.22 Million Square Feet.

Kuala Lumpur is famous for its twin towers. Berjaya Times Square is a Twin Tower Complex located in Kuala Lumpur. It has a huge shopping center as well as two five star hotels. The other unique thing about this shopping center is that it is the fifth largest building of the world with 7.5 Million Square Feet of built up floor area. This shopping center has many attractions like the Asia’s largest indoor theme park, 65 food outlets, more than 1000 retail shops, Cosmo World and Malaysia’s first ever IMAX theater. It has an area of 3.44 Million Square Feet.

Istanbul is famous in the world for being located in two continents. The Cevahir Shopping Mall is located on the European side of Istanbul. It was opened for the world in 2005. It has the feet of being the largest shopping mall of Europe. The shopping center is full of entertainment facilities like a small roller coaster ride, a bowling court, 12 Cinemas and a large stage for event hosting. There are more than 300 shops and almost 50 food chains. It has an area of 3.47 Million Square Feet.

One of the largest malls in the world, it appeared on the world’s arena in 1991. The mall has a capacity of handling 4 million people at one time. Daily visitors are recorded to be not less than 800,000. It is currently undergoing expansion and renovation. Upon completion, it will become the largest mall of Philippines. The mall is divided to two main buildings. The first one has all the entertainment attractions like cinemas, Bowling courts, food courts and Toy kingdom. The 2ndbuilding has retail shops. The two buildings are linked via bridge. It has an area of 3.6 Million Square Feet.

Dubai Mall is the hallmark of Dubai along with Burj Khalifa now. It is the part of Burj Khalifa which is the tallest man-made object of the world. The mall has many attractions including one of the largest aquariums of the world. The shops are more than 1200 including the world’s largest candy store. It also has an ice rink, a SEGA game theater, 5 Star Luxury Hotel, 22 Cinemas and more than 120 food chains. At over 12 million square feet (equivalent in size to more than 50 soccer fields), the Dubai Mall is the largest shopping mall in the world based on total area but about the same size as the West Edmonton Mall if based on leasable space. It has an area of 3.77 Million Square Feet.

04. SM Mall of Asia of Philippines

The mall opened its doors for the world in 2006. It consists of four buildings which are interconnected by walkways. The mall has its own attractions like the world’s largest 3D screen and an IMAX theater. It also has a 20-seater tram which can take you around the mall. If you are a fan of ice skating than you should visit it as it has its own Olympic-sized ice skating rink. Each type of ice skating including ice hockey can be easily accommodated in it. The mall has an area of 4.2 Million Square Feet. 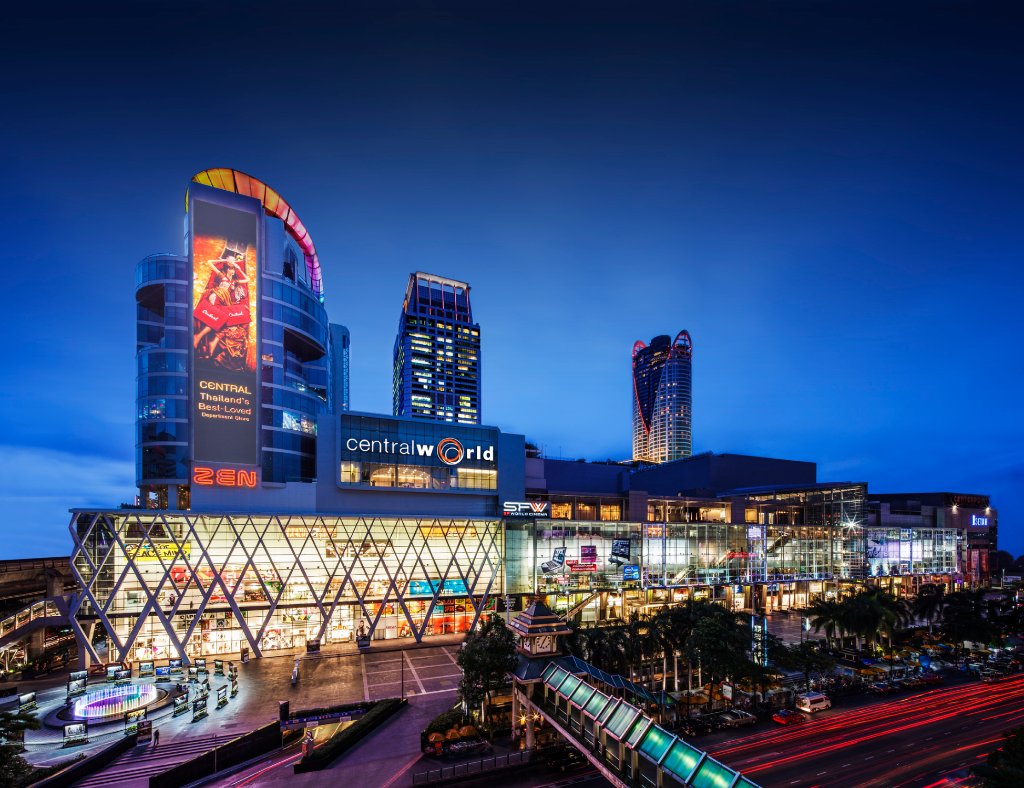 Central World of Bangkok is the largest mall in Thailand and the third largest in the world. It opened its arms for the world in 1990. The main difference between Central World and Siam Paragon is that it markets itself as the representative of middle class. On 19th May of this year, Central World was one of the many properties set on fire by anti-government protestors. The fire raged for two days and the Zen department store collapsed in the fire. After months of repair works, the shopping complex reopened on 28th September with 80% of its retail space open for business. It has an area of 4.62 Million Square Meters.

It was the world’s largest shopping mall from 2004 to 2005 but after only one year the feet was awarded to another Chinese shopping mall. This mall face some critical problems in different times like low visitors than expected, the prices of the products which were mostly out of reach for the common Chinese person, the location of the mall as it is located quite outside the Capital. But still the mall occupies the number 2 spot in the list of largest shopping malls of the world. It has an area of 6.0 Million Square Meters. 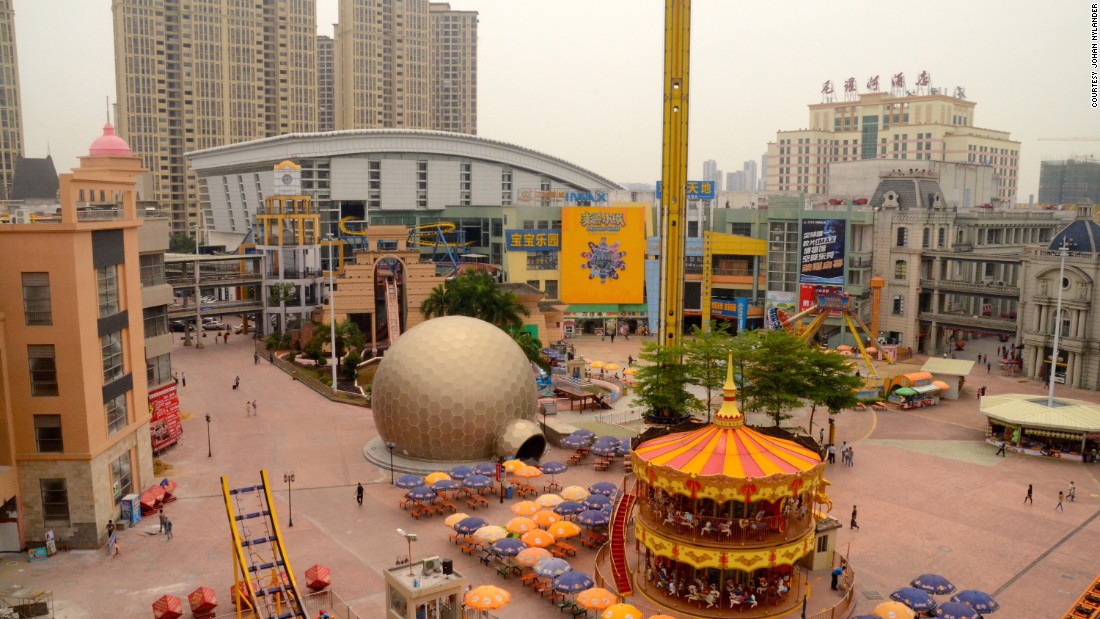 It is the largest shopping mall of the world in terms of gross leasable area. The mall is located in Dongguan China. The mall features seven zones modeled on international cities including a replica of the Arc de Triomphe and a canal with gondolas. The mall also has an indoor and outdoor roller coaster ride. The mall has been called as the “Ghost Mall of the world” due the vacant shops of the mall. More than 99% stores are still vacant. The only occupied area is near the entrance. It has an area of 6.46 Million Square Feet.

Top 10 Beautiful Road In The World
Top 10 Drones of 2019
60 Stunning Wedding Dresses Ideas For You
Top 10 Places To Visit In The World For An Epic End To 2018!
25 of The World’s Most Magical Christmas Towns
Top 6 Richest Female Social Media Fitness Superstars
Top Most Beautiful Islands In The World
11 Top-Rated Beaches in Florida
Top 10 Scariest Bridges in the World
10 Best Shoes to Squat In
25 Most Expensive Chocolates in the World
25 Most Dangerous Hiking Trails in the World